For Michael Shorstein, handling adoptions is a way of life. The Jacksonville attorney doesn’t just specialize in adoptions; it’s all he does. “That’s all I do, 100 percent of the time,” Shorstein said.

But it hasn’t always been that way. Shorstein earned an accounting degree from the University of Florida and then worked for a sports agent in Orlando after going to law school at Florida State University.

He worked in criminal defense with Harry Shorstein before his uncle was appointed State Attorney. But his practice is now devoted entirely to representing First Coast Counseling Professionals, the local adoption agency he works with.

Shorstein’s specialty is representing adoptive parents and working with birth mothers. And with his connection through the American Academy of Adoption Attorneys, he says he can find a family for the child of any birth mother that comes through his door. “I will always be able to help them,” he said.

Shorstein says he can find suitable families for any child, regardless of gender, race or disability; he can even find homes for twins or even triplets.

Shorstein said the change to adoption work is the best professional move he’s made. “I’ve phased out the other areas of negative law and practice only happy law,” Shorstein said.

Though he downplays it, Shorstein is pro-life. Which makes it all the more curious that he has some objections to the public attitude toward adoption in Jacksonville. As an advocate for adoption – and by implication an opponent of abortion – Shorstein would seem to be a natural ally of local churches. But, as he points out, the alternative to abortion that most religious leaders advocate is not adoption but abstinence. The result, says Shorstein, is that Jacksonville is “one of the abortion hotbeds in the state.”

The mindset, Shorstein said, is “don’t terminate, don’t adopt, don’t get pregnant. It’s pathetic. They’re ostriches with their heads in the sand.”

To change that mindset, Shorstein said he is willing to go to any school or church and talk about the options that pregnant women have. But the invitations are scarce, and Shorstein said he has seen no change in the overall attitude in five years he has been doing adoptions. What has changed, he said, is the pervasiveness of the abortion message. “I’ve seen a tremendous growth in the advertising for terminations,” he said, “which tells me the abstinence approach is not working.”

In crude terms, it is still a sellers market in the adoption game. For every healthy white baby that is put up for adoption, Shorstein said, there are 50 families ready to adopt it. It’s not cheap though. Florida allows birth mothers to be paid for living and medical expenses (the law varies among states), and the cost to an adoptive family can run as high as $25,000.

“That’s in the gross minority though, because most of the mothers will qualify for Medicaid,” he said. Another change in the field, Shorstein said, is how open it now is.

“When I first started doing adoptions, everything was secret, he said. “Now it’s out in the open. We’ve taken all the mystery out of it. We want everyone to meet and get to know each other.” That openness, he said, has made the process more satisfying on all sides – including his.

It’s natural to be worried and afraid. We’ve helped thousands considering adoption. It's confidential and FREE! 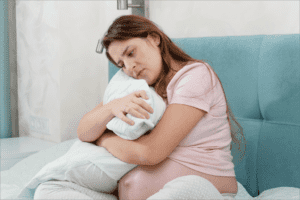 Can I give up my baby for adoption at the last minute?

Can I choose adoption from the hospital? YES, whether you 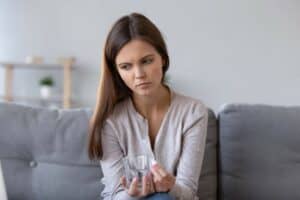 Teen Pregnancy – Letter to the Editor

Adoption is a good option for many teens. The Florida 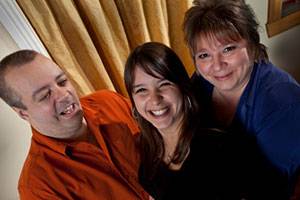